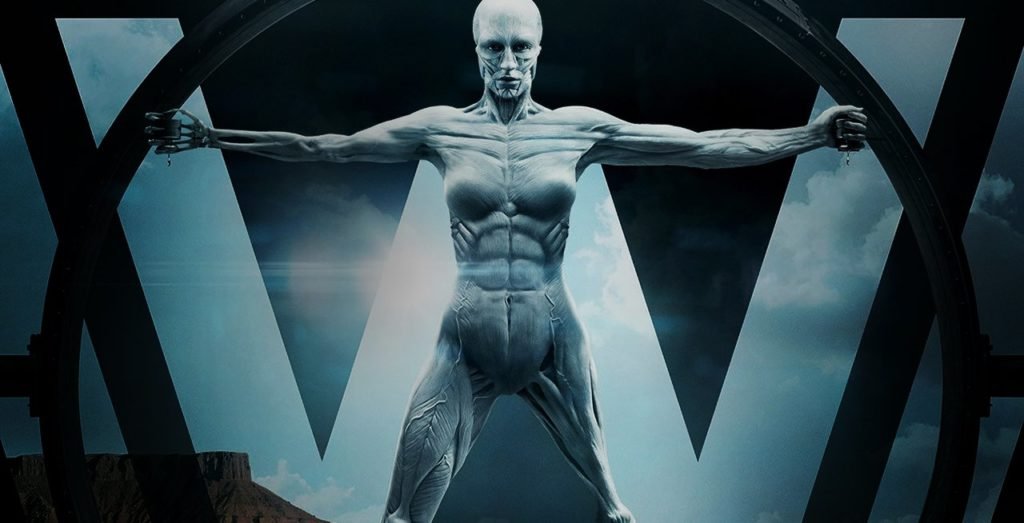 In 2018, we were watching season 1 of Westworld. It posed many questions about human nature and existence and the line between human and machine.

For me, the most memorable themes were:

Connecting some themes to my own life

At some point, my own Mother became a “broken system” and difficult to read and to communicate with. By the time I was finishing grade seven, she’d already slipped into a deep depression and given up trying. She gradually almost killed herself from alcoholism. Something deep in her mind and spirit was broken. She wasn’t trying to help herself, and nobody was helping her.

In her youth, Angela was bright and lively in company. She acted in the Gilbert and Sullivan Society in Victoria, she sang, and she played piano, ukelele and other instruments. She was popular, talented, and well-liked. Who knows if she was actively fighting bipolarism in her youth, but it’s possible. Maybe being happy around others was just another way to fulfill an acting role each day.

Years later in the early 1980s, by the time Angela was in her fifties, she was a patient/resident in Riverview Psychiatric Hospital, and whether it was the cumulative effects of Lithium Sulphate, or the after-effects of alcohol overdose-induced brain damage, she was no longer lively at all. She would sit silently, eyes wide, tremoring her arms, and rocking in her chair, her face looking like a mask that was covering mysterious thoughts.

Indeed, Angela’s personality changed after her alcohol overdose. She had suffered brain damage after liver failure and transfusions, and her mannerisms and speech changed noticeably. She became more direct and almost child-like in her declarations. Many of her memories seemed to have been wiped, at least those from the past five to ten years. It was pretty painful for us to realize that we’d really lost her, even while she was sitting there right in front of us. At home, Dad spoke of her in the past tense, because the person he’d known was gone already. Riverview was now maintaining a different version of Angela Huntley Clarke.

As a late teen verging on adulthood, I began to see my mother and my distance from her in a non-personal, non-subjective way. Perhaps this was just a coping mechanism. Angela’s dysfunction began to make me think about the relationship of the mechanics of the body, and how they may or may not be controlled by the brain. I began to understand that some aspects of human behaviour were systemic, and some were conscious and voluntary, and that when the system became damaged, the behaviour became different.

The image below (from a 1984 issue of either Time or OMNI magazine), struck me so strongly at the time as a representation of my lost mother, and my mother’s lost past and personality. The pale mask of a face, and the empty eye sockets, like the missing windows of an abandoned family home.

It helped me process it all to see her as a victim with and of a broken system to depersonalize her a little, to accept the space between us that could not be bridged, and any past connection, which now might need to be reconstructed again. I didn’t have the tools for this job.

As 1984 turned into 1985, I visited Mum whenever I could, and tried to connect with her more as a person (even though I wasn’t convinced that she still remembered me as her son). I introduced myself if I needed to, I tried to converse, I shared drawings and photos with here, and brought her chocolate every time. As the years rolled on, it helped me to think of her more like a helpless child, instead of a broken system. I still called her Mum.

Automatons are not people, even if they are shaped like them. People may appear like broken machines, but they’re still people inside – still human.

Jesus, have you just Google image searched your name in quotes?

I found that after the first few images of my face, results became more representative of the pages that just contained my name. My name was a keyword connected by word density to other words and images.

This image-word association tracks beautifully with my personal mental imagery: anything my name was adjacent to online seemed to be an article about me, or a blog post written by me. Images from my employment activities – like conferences or workshops – were mixed in with historical photos from my family, and images from my art college days, or from blog posts that I’d written years ago about my inspirational teachers and beloved public figures.

Over twenty years ago, maybe as far back as 1996 or 1997, I had decided to document my family and my life on the web for the world to read. For me, that meant an organized, intentional approach to storytelling or journalling, and to digitzing film into pixels. The effort started in earnest in 1998, and has progressed in various forms on and off ever since.

Even though my overt effort at a personal online memoir has tapered-down to a rather occasional pace, it’s a bit comforting to me to realize that the artifacts I’m continuing to leave online are still there, even if they’re sometimes curated by Google’s search algorithm.

Here’s some unsolicited advice that an old man should have taken back when he was a young man:

Other people cannot and will not solve your problems. Most of ’em barely understand what’s going on within themselves, and few will invest time enough in you or put your needs above their own.

Basically, wherever you are, your mother doesn’t work here. Accept that, and then when someone does come along who truly shares and cares, feel fortunate for them and value them, because the odds of meeting them aren’t really that great.

How can you judge? Use your gut during exchanges with others, and decide over time if the other person is invested in you as much as you are in them. It’s great to be a good listener and all, but you should feel free to tell your own story too and enjoy moments when the two of you genuinely share an interest or feel a connection.

And if it ain’t there (or at least not anymore), maybe the mutual interest or emotional resonance has just run its course. It’s always your call to drop the reins for a while. Some people need you because of you, and some people just need an available sounding board.

Some associations are just temporary, fueled more by circumstance and little moments of shared empathy than by full emotional resonance or significant similarities.

Some people are treasures and some are only temporary shiny objects.

Be grateful and kind in any case. It’s still good fortune, and we still need each other.